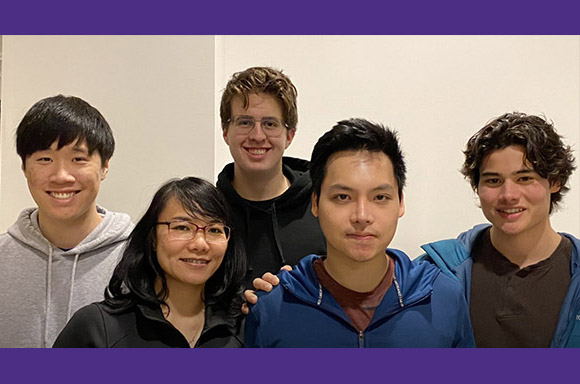 The ISE “Stryker” team presented their capstone project and landed in the top ten at the 2020 IISE Annual Conference. Stryker, a manufacturer of defibrillators and other medical devices, tasked Aaron Jeffries, Phillip Chang, Nam Pham, Linh Truong and Noah Zuniga with reducing their packaging inventory that they hold on-site. Says Jeffries, “Actually, they already had a decent system in place, but they wanted to see if we could help them reduce the amount of packing material that was on the factory floor and we knew we were going to have to be pretty clever to improve their system.”

The team visited the Stryker plant before the pandemic restrictions to observe the movements of packaging materials and measure the floor space of the main stocking area. Workers would shuttle smaller batches of what they needed from the pallet area to the point-of-use where individual devices were packaged. They collected data on a variety of devices that were packed everyday. While the company was shipping out 300 units of one product, other products were only going out at about thirty per day. 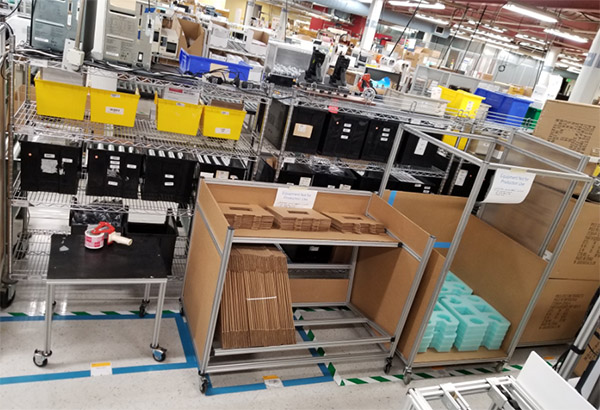 A prototype of several of the carts made by Stryker employees with instructions from the ISE team.

“We decided that to make the system run a more efficient supply of packing materials, we would have to scrap the pallet system,” explains Jeffries. “Pallets take up a lot of space so we noticed that they had a lot of inventory on hand for devices that were not moving out so quickly.”

The team decided on a kanban system of smaller rotational carts that the supplier could put in place. These smaller carts would allow employees to roll them directly to the point of use instead of having to make several trips to replenish supplies. Before they could test prototype designs on the shop floor, the pandemic hit and shut down the possibility of further on-site research. So Stryker sent data on orders for five of their devices, and the team moved to test their concept in the simulation software Simio. 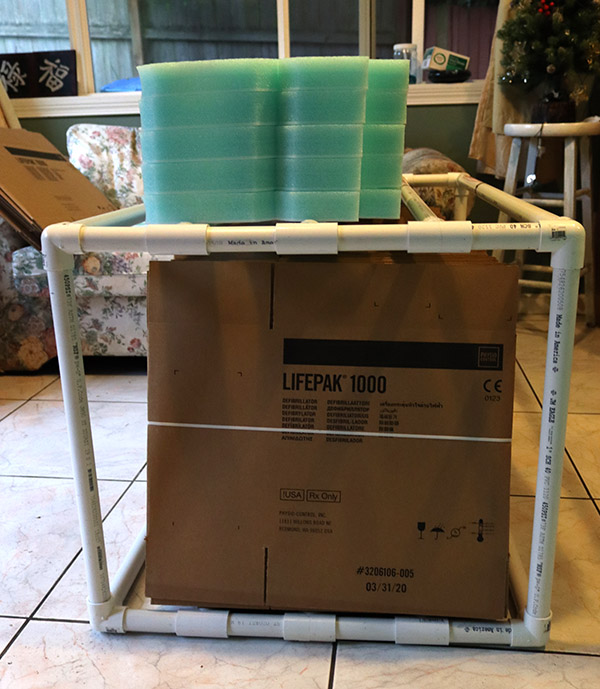 A homemade prototype of the one of the carts made out of PVC.

Although they had already decided on a cart system, they had to figure out the cart size and the number needed to completely avoid any shortage at any time. They mocked up a cart prototype that indicated levels at which employees should reorder the inventory. With the system of daily delivery already customary, a “milk run” delivery system made sense, replacing only what was used and reordered. Stryker was able to build several of the cart prototypes to test out on the shop floor.

As for placing in the top ten at IISE, Jeffries says, “This was a nice outcome for us, especially after overcoming frustrations adjusting our methodology and scope due to the pandemic.”